Catch up with old news stories and events here! 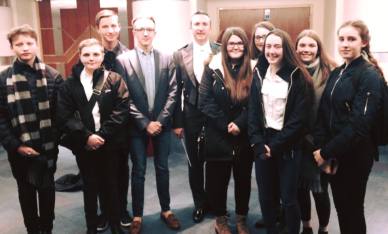 On the 20th of November, the 1206 Corps of Drums went to Birmingham Symphony Hall to watch RAF in Concert. All of the cadets had a fantastic time listening to a wide variety of military and war time classics!

Battle of Britain service in Fradley

Staff and cadets attended a service in September at St. Stephen's Church in Fradley, a town just outside Lichfield where RAF Lichfield was previously based. In the service cadets remembered those who lost their lives whilst serving at the station during the Battle of Britain. Well done to Cdt Wright, Cdt Quinby, Cdt Hall and Cdt Saunders who did a great job reading out the roll of Honour. 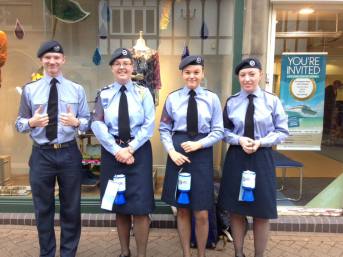 Thanks to Sgt Bloomfield, Cdt Quinby, Cdt Rogers and Cdt Meer for taking the time to collect for the RAFA Wings Appeal today! 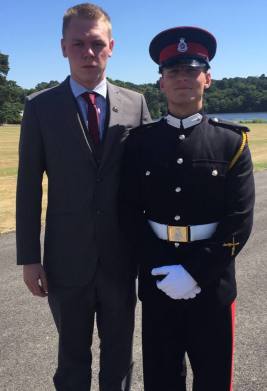 Congratulations to Lt Tom Emerton, former Cadet Warrant Officer from 1206 Sqn, who has graduated from RMA Sandhurst. He is now off to join the Army Air Corps. Well done Tom!

On Friday 22nd July, the Squadron hosted over 200 guests at Lichfield Cathedral for it's 75th Anniversary of the Air Training Corps dinner and presentation evening.

Also in attendance were a number of ex-cadets and staff of the squadron going back some 50 years, business leaders and representatives of all 3 armed forces and local charities including RAFA, Lichfield Bower and the Mercian Regimental HQ at Whittington.

The evening commenced with reception drinks on the lawns outside the main West End doors of the cathedral before Cadet Daisy Richards sounded the bugle to announce dinner. Piper Andy King of the Shirley Pipe Band then led guests in to the cathedral before the cadets and banner of the Squadron marched in to resounding applause.

Following a superb 3 course meal, the lights were dimmed as the Squadron's Corps of Drums put on an impressive light stick display which culminated in Auld Lang Syne before marching off to cheers and a standing ovation.

In addition to celebrating 75 years of the Air Training Corps, the presentation of awards recognised the outstanding levels of achievement of the cadets over the past 12 months, with Cadet Warrant Officer Sam Wyss being awarded the Best Cadet and Kevin Main Aviation Trophy, presented by Colin and Jean Main in memory of their son Kevin, an ex-cadet of the squadron who sadly lost his life in 2003 whilst serving on operations as an RAF Tornado pilot.

Flt Lt Chris Kelly, Officer Commanding 1206 (Mercian) Squadron said "75 years is an important milestone for the organisation and therefore we wanted to commemorate it by putting on something both special and memorable. I'm sure all who attended will agree that this was achieved. Lichfield Cathedral is such a unique and incredible venue and we feel privileged to have had the opportunity to hold our dinner in a landmark iconic of the City of Lichfield"

The recipients were as followed;

On Spring Bank Holiday Monday, the cadets of 1206 marched alongside the ACO National Marching Band and several other squadrons from Staffordshire Wing and Warwickshire & Birmingham Wing in a parade with a tradition going back 800 years. 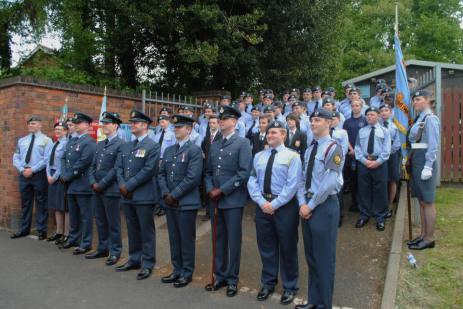 Hundreds of members of the public turned out to witness the parade to see the cadets, Morris dancers, the Bower Queen float and many more.

The weather was hot but despite this the cadets marched on for over three hours, and we are so proud of them.

Well done to all, another fantastic Bower! 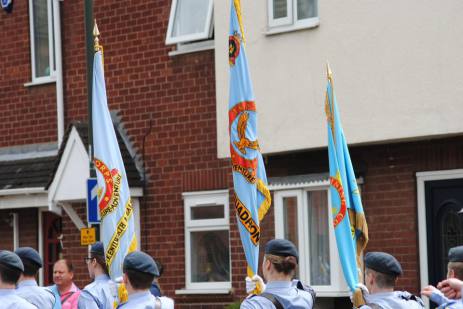 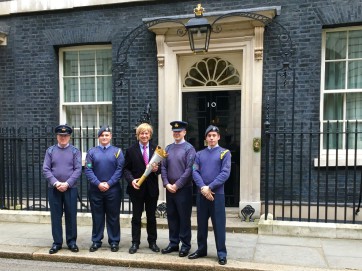 "This year is the 75th anniversary of the Air Cadets forming and to celebrate this, Staffordshire Wing has created a relay torch that will tour each Squadron in Staffordshire, and this week it accompanied our visit to Parliament" says Michael Fabricant. 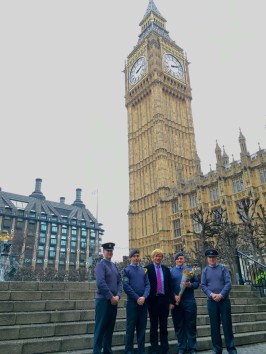 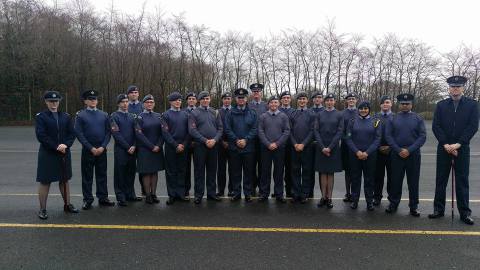 Well done to the Cadet Drill Course candidates who completed the course at the end of January. An excellent standard achieved in some challenging weather.

Special congratulations to Cpl Mulvany, CWO Daire and CWO Wyss who represented 1206 and made us proud! 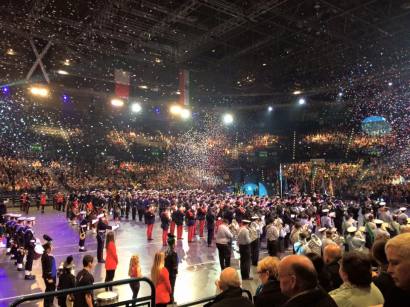 Congratulations to all the cadets who took part in a very special 75th Battle of Britain Birmingham Tattoo during the weekend of the 28th/29th November 2015.

The cadets of 1206 were joined by cadets from 1459 (Heart of England), 2359 (Woolton), 196 (Walsall) and 165 (Castle Bromwich) alongside the Band of the RAF College, The Queens Colour for No. 1 School of Technical Training, RAF Cosford and many other bands from countries such as Germany, Sweden and France.